Chinese philosophy does not have the letters of salvation: different from general religion

I have recently noticed books such as "Lao Tzu", "Suozi", "I Ching", and "The book:書経" that have been passed down since ancient times in China. That is, the concept of "salvation" in Chinese philosophy is endlessly scarce or absent.

In the case of general religions, the three major religions in the world ... In Christianity, Islam, and Buddhism, the concept of "salvation" is indispensable. No, without this, believers cannot safely enter into a religious life. Without a voice saying, "Please save me who is sinful and tainted," religion cannot be established.

With that in mind, I googled for the keyword "Is there the word salvation in Chinese philosophy?" Then, a hit page was displayed, which was the word "Keisei Saimin" or "Keikoku Saimin". The meaning is "run the world and help the people." It shows the purpose of so-called "economy", or more specifically, "politics". It certainly has the meaning of "salvation," but it has a very different nuance from religious "salvation." There is no assumption of a god and buddha to rescue, even if the politician assumes it.

In the inner part of "Baopuzi" written by Ge Hong in Eastern Jin, China, the word "Making the world folklore" appears and is used almost synonymously with the Making the world people. The era went down a little, and in the Sui dynasty's Wang Tong "Bunchuko" Rei-raku Hen, there was "Economics of the economy, so-called economic people", and "economics" was used as an abbreviation for the people of the economy.

I understand. In addition, "economy" appears in later generations such as "Shinsho" Yin Koden (Tang) and "Song History" Wang Anshi Denron (former), but of course the above is a usage that means politics, governance, and administration in general. After the political change of Bojyutsu and Hundred Days' Reform, the new subject "Economic Special Course", which was newly established to appoint talented human resources in the field who are scholarly and scholarly, is also based on this usage. ..


That was the source of this word. It is surprising that it first appeared in a book called " Hobokushi", which looks like a child of Taoism and Confucian. By the way, traditionally, there are technical books that enrich the people in China. I would like to introduce one of them, a book called "Seimin Yojutsu" (wiki). 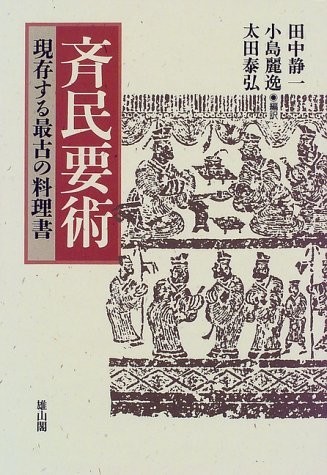 (The important technics to enrich people)

It is said to be the culmination of agricultural books up to Northern Wei, and contains many lost literary works of old agricultural books such as "Fan Shengzhi" and "Shimintsuki Ordinance". It consists of 10 volumes, and the description covers from cultivation methods such as main grains, vegetables, fruit trees, and morus alba to livestock-related, brewing methods such as koji, sake, soy sauce, vinegar, and dried dairy, food processing methods, and foreign product theory. .. It is systematic, rigorous and detailed. It had a great influence on the development of ancient Chinese agriculture. It is an indispensable document in the history of Chinese cuisine. It is said that the miscellaneous part has a later addition.

Therefore, in addition to the tradition of the agricultural society of North China up to the Han Dynasty, the technology and food culture of the pastoral society in the north were transferred on a large scale. In this way, there are many descriptions with a strong pastoral color, such as various dairy product manufacturing methods that are very similar to the dairy product processing technology in Mongolia today.


···I feel like this. This is a purely technical book, not a book with religious "salvation". Regarding Chinese philosophy, I think this concept of "salvation" is sparse. "Shokyo" (The Book) is a collection of episodes about the rule of politicians and alternatives, but it only talks about politics, and there are no fragments of religion. It is said that the Chinese originally liked politics, but their characteristics are different among the four major civilizations in the world.

Is there a myth in Egyptian civilization, Mesopotamian civilization, and Indus valley civilization? It seems that it is not in the Yellow River civilization. In the case of China, the first emperor: Fuxi (伏羲)and his wife: Joka(女媧) were human-faced snakes, and the next emperor was a ox-faced man called Shennong(神農). There will be people who are face-to-face or strange, but even though they are strange and talented, they are just emperors, not gods. This area seems to be thorough.

Many of you may have wondered in the description so far, but isn't "Confucianism, Taoism" a religion? "When. These are certainly real religions, and perhaps (if not) there is a beneficial "salvation" in this world. However, I am the one who distinguishes between "philosophy" and "religion." I think it is the religion that is now that the original pure thoughts have been transformed into dirty teachings by folk customs.

A word of the day: From a Chinese perspective, the concept of "heaven and earth" is also important. These two words are often awe-inspiring and very close to "God," but Lao Tzu says: "Heaven and earth are not human." That is, "Neither heaven nor earth is human-friendly." Chapter 5) and. Again, I can see that Chinese philosophy lacks the concept of salvation. 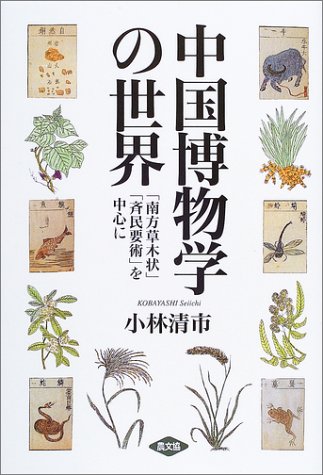 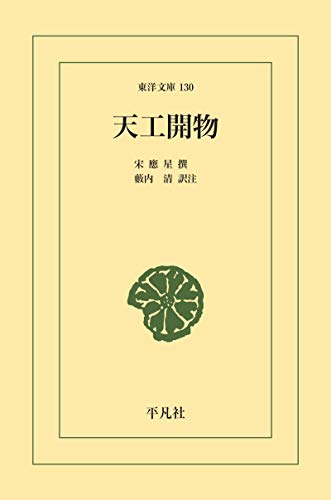 Origin of China being arrogant: Zhu Xi(朱熹) and Wang Yangming(王陽明)

A new (Nouvelle Vague) Confucianism that became the backbone of modern China. Among them, Zhu Xi and Wang Yangming are important. Of the four books and five classics(四書五経), "Kakubutsuchichi(格物致知)" in "Daigaku:University" had a great influence on the later Confucianists, so this word should be analyzed first. (In addition, "Kakubutsu" and "Chichi" were words with different meanings, but it seems that Zhu Xi put them together to make them new words. Of the four books, "Daigaku:大学" and "moderate：Chuuyo:中庸" are memoirs. The two books are independent of (Raiki:礼記).)

First of all, in Zhu Xi (1130-1200: Confucian scholar of the Southern Song Dynasty: the ancestor of Cheng-Zhu School), the meaning of guessing the line of things and reaching knowledge is "Kakubutsu Chichi". And he attaches great importance to "reason." So, at this time, he denied the teaching of setting "Tongo" (suddenly reaching enlightenment) like the Daojia thought or Zen, and " Zengo" (to accumulate experience to Enlightenment) is affirmed. ... I'm dissatisfied with this view, and it seems that Zhu Xi, who is not a genius, denies genius.

And when Zhu Xi's teachings permeated and became the state religion of Ming, the teachings lost their vitality, and it seems that the idea of defending the system = prejudice. For example, I think that Motohiko Izawa wrote in "Japanese History of Paradox" before, but the "Chinese thought" that all the surrounding different ethnic groups are inferior to China is the original "Chinese thought". There is a story that Zhu Xi of Nansung, who was oppressed by different ethnic groups, made up to maintain the pride of the "Han Chinese". That consciousness is still alive today. In other words, it's the flip side of inferiority complex. I think the actual Chinese are "Yamazaru"= "Those with narrow insight".

Then, more than 300 years later, Wang Yangming (1472-1592: Confucian scholar of Ming: the ancestor of Yangmingism) first tried to be faithful to Zhu Xi, and even if he squinted at the bamboo lines, he tried to discover "Ri: reason". He couldn't do it, and He came to doubt
Zhu Xi's theory. He was also a soldier, and went to various places to settle rebels, but as a result of those hardships, he created a new Confucian system, Yangmingism, which is not Cheng-Zhu. Here, the "heart" is more important than the "reason" that Zhu Xi calls. Wang Yangming did not necessarily deny the Daojia thought, Zen. Even from this stance, it can be seen that Zhu Xi's theory and Wang Yangming's theory are incompatible. 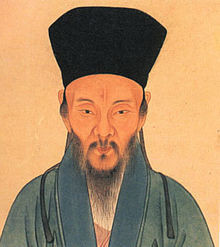 The important concepts he created are "knowing and acting are must same:知行合一” and "chiryouchi(致良知):reaching good wisdom". In the case of Cheng-Zhu, the teaching is "to investigate and know first, and then to take action", but Wang Yangming denies such a confusing attitude and "knowing and acting must be one. That's right. In addition, it can be said that "Chiryouchi" is a concept that organizes Zhu Xi's "Kakubutsu Chichi" in a way that is Wang Yangming. Zhu Xi reads that "knowledge is determined by the things", while Wang Yangming reads that "the things are researched and the good wisdom is struck."

What is a "thing"? It is the place where my heart is activated. It is not an objectively targeted "thing" like Zhu Xi
.
From "World Famous Books Continuation 4: Zhu Xi / Wang Yangming: Chuokoron-sha" P68

Below, from wikipedia (cutout about special knowledge)

It wasn't until Cheng Yi (1033-1107) interpreted the character in connection with the plight that it became more important. He interpreted that if he wanted to show his wisdom, he would squeeze the reason in line with things, and by doing so he said he would "penetrate".

Zhu Xi (1130-1200) of the Southern Song Dynasty inherited that interpretation, and created "Kakubutsu chichi" because "University" had a part to explain Kakubutsu Chichi. Here, the case is "to" and the thing is "thing", and it is to touch things and to make sense, but reading was also included. And he made this plight and respect a methodology for reaching a saint, "Learn the saints." In this era, the scholar official, who became a bureaucrat by studying the scriptures and passing the examination, was provided with the rationale for the scholar official. However, since the term "case" included not only reading but also observational study of things, the terms "case" and "case" came to mean what is now called natural history.

This is the reason why in the modern era, when the natural sciences were introduced from the West, the qualities were used (by the way, in Japan, it is thought that the words science and science were used because of the plight).

On the other hand, Wang Yangming (1472-1528) in the middle of the Ming dynasty said that "the morality" does not lead to an extrinsic thing, but that the morality is "correct" and that the thing that is inherent in one's heart. We decided to revise it, and said that "chichi" is "chichi" that demonstrates the innate moral wisdom without being interrupted. Here, the introspection was regarded as an introspective one that stares at one's heart. In addition, the Qing dynasty's face made the "character" a "criminal fact" (moving his hand to actually do that), and by doing so, he later became aware of it. Here, it is said that the knowledge of the character is acquired by practice.


A word of the day: Toju Nakae was the first to accept Yangmingism in Japan, but Shoin Yoshida, who read a lot from this teaching and became the cornerstone of the Meiji Restoration, was a student of Yangmingism. He was doing " knowing and acting are must same " and " reaching good wisdom " in the ground. That teaching is really vivid in the claim that it will destroy the Edo Shogunate. It was a major shift from Cheng-Zhu to Yangmingism.

Zhu Xi's famous quote: Boys tend to get old and difficult to learn. 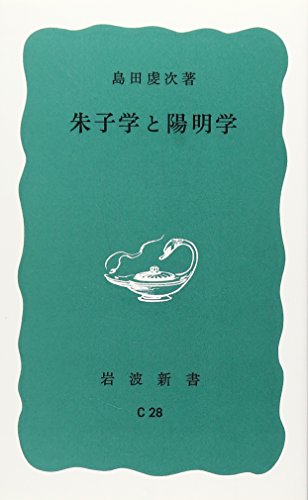 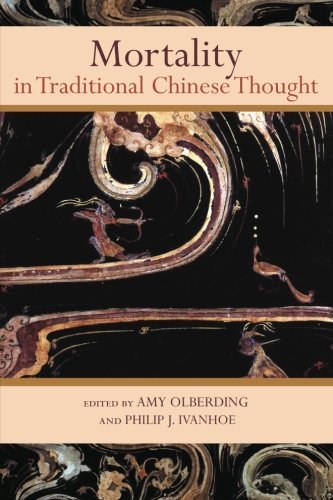 Chinese philosophy lacks or is sparse of the concept of salvation found in common religions. There is economic and political relief. This is a distinctive feature. As a philosopher in the early modern period of China, Wang Yangming, who is good at social change, is important.

« Deep inside the Tokyo Bay Aqua-Line: Do… Oxalic acid: A familiar and dangerous a… »
Profile