(The following is a sum of the article from December 1st to December 4th, 2005. It is important to me, so I will reprint it.)

At the supermarket cashier.
How would you pay when the cashier said, "Yes, it will be 1524 yen." In most cases, you will get two 1000-yen bills, or two 1000-yen bills and 24 yen. I'm definitely a group of two 1000-yen bills. Then, 476 yen will be returned with coins. Two 1000 yen bills and 24 yen will return 500 yen.
It's natural, isn't it?
However, the choice between the two is very different. I have tried to cost coins before. As a result, small coins are more expensive in terms of cost. A 500-yen coin costs 5.5 yen, and a 10-yen coin costs 3.6 yen. Then, 50 yen coins are definitely better than one 500 yen coin! ! You can see that the cost price is high. When it comes to banknotes, the cost price is just like that.
When a country's economy collapses, the currency becomes "meaningless". However, if you ask only the value as a thing, small coins are the best, so ...
In other words, I'm saving a small amount of coins !! Well, I don't think there are any housewives with this kind of consciousness.
Do you know the term "Local currency" or” Regional currency”? You see, it's easy to understand if you say that it's a movement to circulate "pseudo-money" in various shopping districts and groups. Actually, I am also planning. "Regional currency" through coins. Its name is "Galois". Galois is a French mathematician who, while constructing an outstanding theory called "The group theory", died in a duel over women at the age of 21, and is called a miracle person in the history of mathematics. It's a great achievement, but he's not even a unit, so I do it. (I might be told, "stupid, you are ...".) For example, Pascal is a unit of atmospheric pressure and Gauss is a unit of magnetism.) Next time, I will give you an overview of the concept.
It's a little similar story, but there is a park near my house, and many fallen leaves of trees come out in autumn. I bring the fallen leaves in bags for incineration and sprinkle them in the garden, or put water in the bags to ferment them and use them as compost for the rented fields. In this case, fallen leaves = banknotes. Do the opposite of what people do ... this is my style. 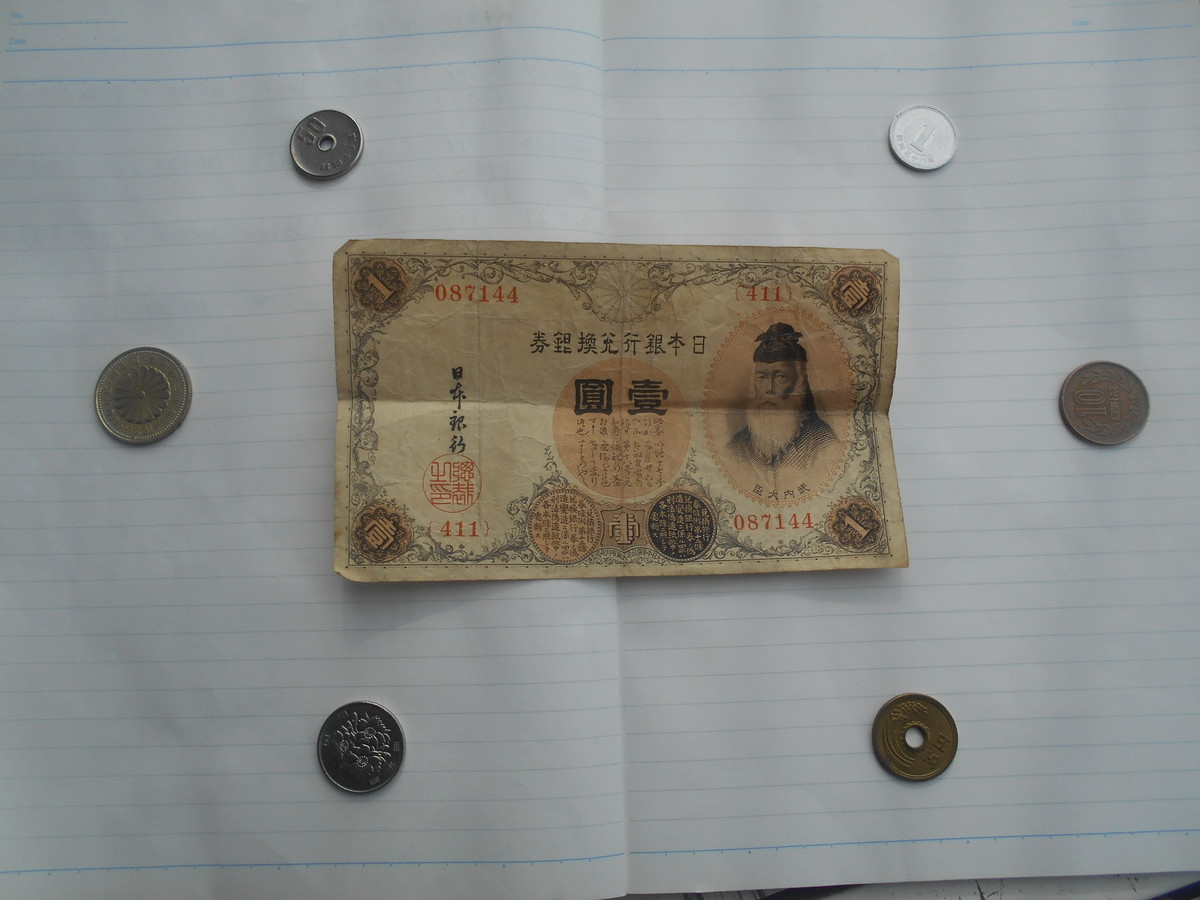 "Ende's Will" (Atsunori Kawamura + Group Gendai, NHK Publishing) is one of the outstanding books published in the last few years. I recommend reading this book first. You can see the outline of "Local currency = Regional currency ". Ende is Michael Ende, a fairy tale writer famous for "peach" and "endless stories," and it is not well known that he was thinking about currency in his later years. So it became such a title. This book has a sequel, made by musician Ryuichi Sakamoto with Kawamura. As an aside, when I was a student, someone who knew Mr. Sakamoto's youth directly said, "You look like Sakamoto." Of course, I'm not such a beautiful guy, but I think it was that the atmosphere was similar.

In this book, the one of particular interest is Silvio Gesell, an economist. He thought, "The value of all things goes down with time, but only money goes up (interest accrues). This is strange!" And devised a "currency that goes down with time." To do. This outlandish idea has actually been tested in German and Austrian municipalities with great success. If you don't use it, the value of your money will drop, so people all used that currency and the Great Depression blew away. However, the attempt was canceled by the central bank's interruption. This case is the first example of "Local currency = Regional currency ". Currently, various attempts are being made all over the world and in Japan. The currency at that time is a "simulated banknote" that you made yourself or a point on your computer. Somehow put a "central administrator".

I denied "interest rate (interest)" in my book "Plucking the buds of disasters", but I was amazed at Gesell's "negative interest rate" in "Ende's will". .. That's why I started to think about this kind of problem seriously. And I think of "Galois".
To be continued ...

PS: Keynes, a well-known economist, predicted that "Gesell will have a greater impact on posterity than Marx." (From "Ende's Will")

The idea of "Galois"

In the spring of 2003, my father developed Alzheimer's disease (one of the dementias). The Morishita family is a family of three men, a father, myself, and a younger brother. We have to take care of my father with two single sons. At that time, I was unemployed and my younger brother was a factory worker. My younger brother resigned from the company, but he was treated as a leave of absence.

Then, the only income as "yen" is my father's pension. I don't have it compared to my brother who has enough financial power. Moreover, I cannot go to work because of long-term care. It was a difficult situation for two men to have to look at my father.
Then what should I do with my income? ――There was the difficult problem . There are quite a few products that you need every day. But I don't have the money to be free!
Therefore, I settled on the fact that I would have to score the "acts" I worked for to care for my father and get them from my father's pension. In other words, it seemed rather natural for my father to pay for the "act" because his relatives act as staff for the care facility. I am a private care worker.
However, I also thought that the act would require some other currency instead of the "yen" for the product. So I remembered the existence of "local currency" and decided to do it myself. This is how the "Galois" was conceived.

My father was the factory manager of a secondary aluminum refining company. I am from the Faculty of Engineering and my hobby is "paper making". So I had enough knowledge about both metal and paper. Therefore, we compared the two and decided that it would be better to use metal as the currency unit. From Gesell's theory, a metal that is more stable than paper to heat and water may be suitable for the "Galois" currency.
Next, I will talk about the specific "Galois" settings.
It should be noted that one of the leading causes of Alzheimer's disease is the 1-yen coin raw material :aluminum. It is possible that his father, who had been exposed to the aluminum for decades, developed Alzheimer's disease.
If you read today's blog, you might think, "What a dry son!" Certainly dry. However, I think it is possible that a normal family is actually a dry relationship, but on the surface it is wet and friendly. Compared to that, I insist, "Rather isn't it crazy?" There was a situation in the Morishita family that had to be dry.

How Galois should be

Please read while thinking about what you have written so far.

＠It is based on the relationship of trust of some members.

@ Use existing coins as a medium (means) for exchanging "acts". And coins
Replace the meaning of. For example, even if the economy is confused and one radish costs 10,000 yen,
We will pay 100 Galois for the act of giving radish. We avoid inflation and deflation
.
@ There is no interest rate.

@ There is no central administrator.

The model is the community before the commercialization society.
You can take advantage of the function of @yen. For payment by Galois of remote comrades, the existing yen
You can use the system and then convert it to Galois (coins).

@ With at least 15 members, you can create a complete community. It is desirable that people of various abilities and professions gather. The rationale is that the combination of taking out 2 people from 15 people is 15C2 = 105 (I used the symbol of the combination taught in high school mathematics). This is because you can make more than 100 transactions.

＠Reason for naming "Galois": Since economics is a discipline centered on the concept of "exchange", it can be said at the beginning of” Galois’s group theory” (for example, the idea of "compatibility").

(I think this claim is very radical. I will continue to discuss this.)

Finally, I would like to say that Galois is a non-commercial currency, and now I am disclosing my thinking, not recruiting members.

Also, as a new type, let's say that I, who may have diabetes, want to eat Daifuku mochi, buy it at a supermarket for 100 yen, and have a person eat 60% of the majority. How much will the currency move at this time? If you think about it simply, it will be 60 yen, and I will get it from the other party, but my heart is not. He did the act of eating Daifuku mochi, so I would pay 20 Galois.

Comparing with the recently talked about "electronic money" such as "PASMO" and "nanaco", "electronic money" is "light" and there is a risk of going crazy due to a computer malfunction. Also, I think that troubles are likely to occur when combined with other card services. In the case of Galois, which I advocate, it is bulky, but I think it can be a reliable transaction. However, I think that it is not suitable for large transactions to some extent.

Oh yeah, there is an Arab saying that "small coins help you" 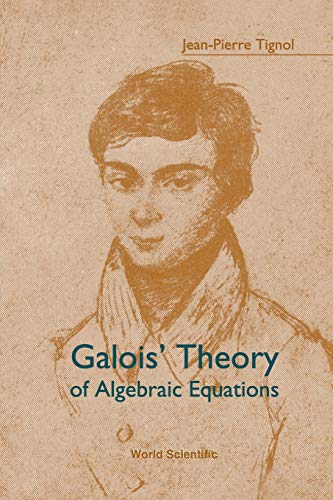 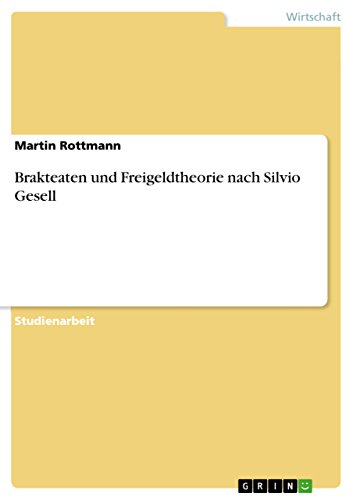 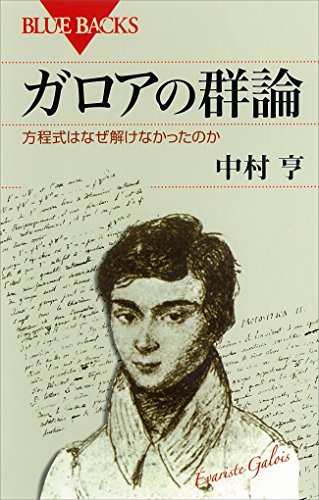 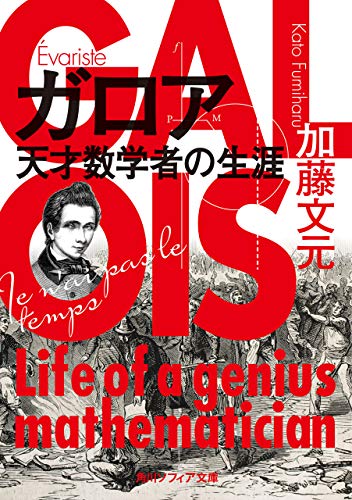 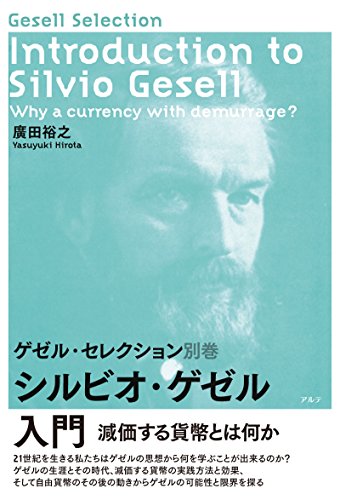